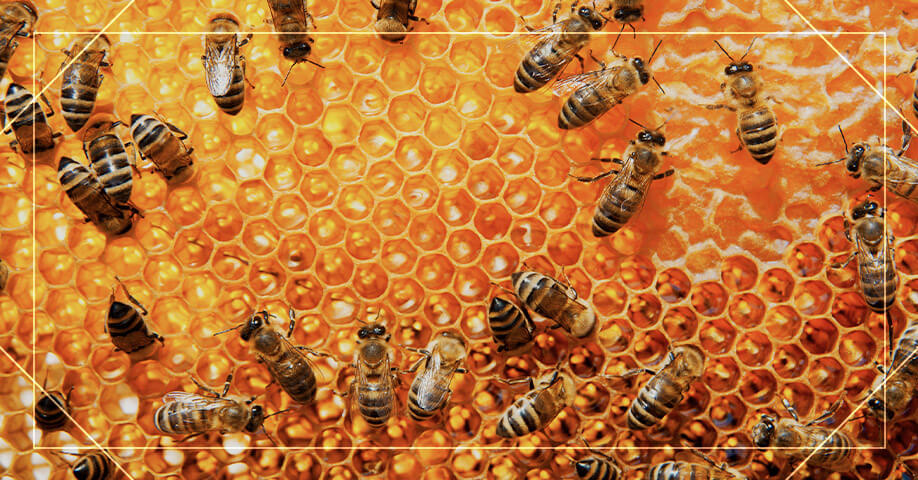 Did you know that the art of beekeeping has been practiced in Greece since antiquity?

It’s true! As evidenced shows, honey production in Greece, the process that gives us the pure Greek honey that we all know and love, seems to have been practiced by ancient Greeks since the Neolithic era.

If the Twelve Olympian Gods were eating ambrosia, a food based on honey, it’s no surprise that Greek honey is considered by many to be the best honey in the world even today!

The first honey producers and types of honey in Greece

It is worth mentioning that Aristaeus, son of Apollo and Cyrene, is considered the first beekeeper, who first taught the art of beekeeping to the residents of Kea island!

As we learn from historians, different types of honey were cultivated in different parts of Greece. Some thinner, from flowers, and some thicker, from wild forests, more or less as it is today.

Pure Greek honey over the years

Dozens of excerpts surviving today mention honey benefits, while they also prove that there were honey producers who kept beehives and traded honey.

Briefly, Homer and Hesiod mention wild bees in caves and trees, while the oldest find is a beekeeping vessel, dating to the late Neolithic period (4500 - 3300 BC), proving the production of honey in Greece since ancient times!

Read further: How is honey produced?

Excavations at Phaistos and Knossos in Crete have shown findings from the Minoan Era: a gold jewel in which two bees hold a honeycomb as well as clay hives dating back to 3,400 BC.

Did you know that? During the Golden Age of Pericles, beekeeping in Athens was so organized that Solon was forced to establish the distances between apiaries by law so as to avoid misunderstandings!

Finally, through the books of Aristotle "History of Animals" and "Generation of Animals" the bee society emerges as a model of an ideal state!

Honey-based products: the dietary habits of the ancient Greeks

Honey and its benefits were well known, and for this reason the ancient Greeks consumed many products based on honey – as seen on vessels and texts that have survived.

Some of them are "ancestors" of products and recipes with honey that we enjoy until now, such as “pasteli”, which in ancient times was known as "sesamis", or pancakes, which in ancient Greece were called "tigana".

Pure Greek honey was consumed on its own, but it is believed that it was used in at least 50 recipes, even as a sweetener - it was, after all, the first (and unique for thousands of years) sweetener!

Learn about the nutritional value of honey!

Some other honey-based products known today used honey in combination with a drink or beverage.

Greek honey was also used for the production of sweets: the "nogalevmata" that accompanied wine had honey as their basic ingredient, while the "tragimata", the desserts offered at the end of a meal, were sweets with honey, fruit, and nuts.

Finally, it is worth mentioning "lalagites", a famous dessert of the Byzantine Era, whose variations are cooked today in various parts of our country.

It is easy to understand how intertwined the life of Greeks is with honey. The types of honey produced in Greece are now known all over the world and no one disputes the quality of pure Greek honey from antiquity until today.

Muses Honey is wholeheartedly based on the history and quality of Greek honey and produces honey… like in the olden days!