Beekeeping in Greece throughout history 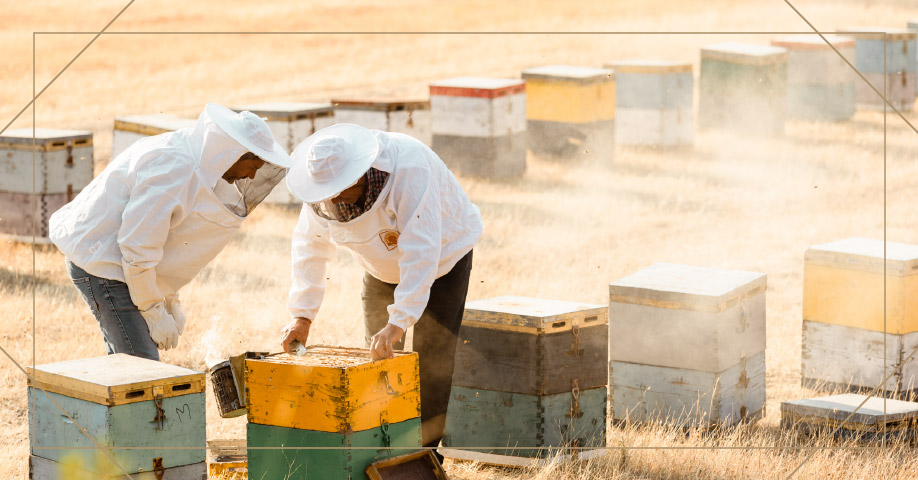 Pure honey has been part of the Greeks’ eating habits for thousands of years - a superfood so ancient that it is difficult to distinguish where history ends and mythology begins!

As old as our love for Greek honey, however, is the art of beekeeping, which has been practiced in Greece since antiquity.

Its evolution? Gradual but also impressive!

From 1900 onwards, beekeeping in Greece begins to take its current form: "new" types of beehives, automations, equipment and tools make their appearance and the honey of Greek producers is flourishing, both in terms of quality and quantity.

How is honey produced today, though?

How much have science and technology helped in the development of beekeeping and honey production?

How did we get from pure honey in ancient Greece, to the thousands of tons of honey produced every year in our country today?

Through the Muses Honey Travelogue, a unique trip that our honey company created with love and respect for beekeeping and Greek honey, we met beekeepers from all over Greece, amateurs and professionals alike, some first-generation but also many who continue this art from their parents and grandparents.

What we have learned is valuable and we want to share it with you!

You may also find it interesting: How is honey produced?

The evolution of beekeeping from the 20th century until today

We first met the bee in its natural environment, where nature itself gave it space: in tree trunks, in forests and mountains, among the rocks.

In time, man offered more: beekeeping became systematic, with hives in baskets, and later in structures made of tiles and clay, strictly separated so that the harvest could be done as easily as possible.

The 20th century found Greece with more than 200,000 hives, which in their vast majority were traditional: in 1903, there were only 412 European-type hives (Langstroth) in our country.

And it makes sense if you consider that beekeeping at that time was practiced almost exclusively by amateurs – every farmer could keep a small production to meet the demands of his family. It is no coincidence, after all, that every region in Greece had a traditional recipe with honey and the nutritional value of honey was widespread throughout the country!

It was around that time that the first steps towards the "New Beekeeping" of Europe took place.

The machine we call honey extractor today (a highly automated one!), was then known as a "scraper" and was only used manually. In many cases the smoking of the hives was done by mouth, while there was simply a "cover" for the face, instead of the beekeeping uniform that exists now. Hives and honey were transferred with donkeys and honey was sold in wooden boxes.

Today, of course, things have changed a lot!

The traditional honey that the Greek land generously gives us has preserved the taste, aroma and density that make it the best honey in the world, while at the same time the standardization of honey and its export have made it popular all over the world.

If we take a look at the latest data from the European Union, we will see that Greece comes in 6th regarding the number of hives, with more than 1.5 million hives and 15,000 beekeepers in Greece today.

Many honey producers in our country exclusively practice beekeeping, not simply as a hobby or secondary occupation, but with respect for the bee and its importance for the environment – they produce quality honey that they standardize and / or export.

Further reading: How important are bees to our planet?

In addition, beekeepers move their hives by region and season, nomadically, so that the bees can feed and produce honey all year round. Finally, they have modern honey-production units, with state-of-the-art machinery, such as the honey extractor, the exfoliator, etc. that can collect honey at a rapid rate, without affecting its quality in the slightest! How beekeeping will develop is yet to be seen. Difficulties regarding climate change, natural disasters and other modern phenomena can threaten bees, but with passion and love for the environment and the bee, the art of beekeeping in Greece will experience a second wave of prosperity.